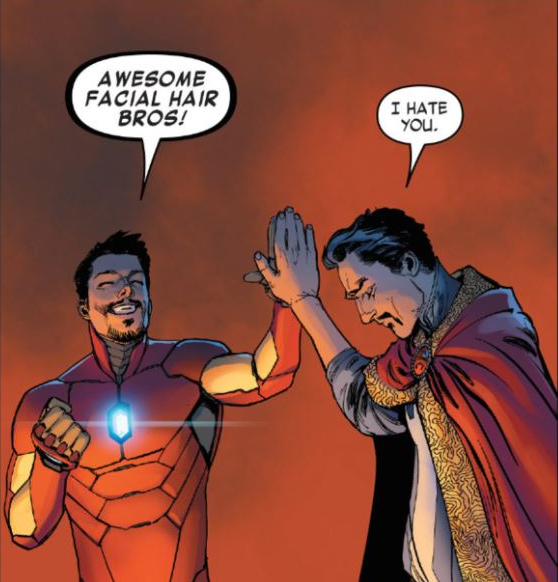 The divorce was unexpected. An eight year old Wyatt had been sent away to live with his grandparents for the summer, but this time in London rather than central California like the summers before. As he explored museums with his grandmother and tinkered with gadgets with his grandfather, his parents were back in New York City, fighting behind closed doors within the confines of their home and in their respective lawyers' offices. The distance was intentional, designed to keep Wyatt far, far away from the fallout of their divorce settlement and the messiness that came before it despite the prenuptial agreement that had been in place.

David and Cecily Wu were well-matched from the start, he the son of of an engineer and homemaker and she the daughter of a farmer and high school teacher. He was the eldest son of immigrants from Hong Kong who had settled in North London, and she came from a modest but successful household in outside of Philadelphia. David was studying abroad at the University of Pennsylvania, where he met Cecily, then a young business student. They fell in love, and fast, their courtship lasting less than a year before naieveté got the best of them and they decided that they were destined to be together forever. They were in no hurry to start a family and opted to take their time grooming their blossoming careers. David had the luck of the draw and was admitted to Cardozo Law School in New York, where the young couple moved after commencement. Carina worked long, stressful hours as an investment banker in order to support herself and her husband in their single income household.

Eventually, the two decided that they were ready to graduate from apartment living and into the world of home ownership. They purchased a brownstone in Fort Greene, Brooklyn, with the hopes of filling the house with love and a family of their own. Not long after that, they were joined by a screamer of an infant that they named Wyatt. He was a fussy, colicky baby who kept his parents on their toes, but his crying fits and tantrums went away with time and soon the entire Hall household was getting a full night's sleep once again.

Wyatt, as he was born to be known, was scheduled to spend summers at his grandparents' farm in Glen Mills as soon as he was old enough to appreciate their life. It was at David's insistence, as he wanted their child to be able to appreciate modest living even if he had the daylights spoiled out of him back at home in New York. He would attend private school, play sports of his choice (though his parents had a few in mind), and be their pride and joy. In his parents' eyes, it was that simple: and so it was said, and so it shall be done.

His childhood was unremarkable. Scrapes and snails and puppy dog tails, Wyatt got into his own fair share of trouble with his friends, but he learned to charm his way out of most situations early on, and having dimples that he could fit quarters into certainly didn't hurt. His parents' careers and wild expectations in various parts of their life took a toll on their marriage, and much to his Pennsylvanian grandparents' dismay, the city boy who was meant to spend his summer running around acres of land was shipped off to London. It was there that he was exposed to engineering for the first time, finding that he had a great curiosity in learning how things worked, and an even greater satisfaction in being able to improve them with his own means.

By the time he returned to New York, his parents' divorce had been finalized and a custody agreement had been arranged. Wyatt would live with his mother most of the year in the home he had grown up in, while his father moved to a large apartment in the same neighborhood. He would spend every other weekend with David with alternating holidays, and summers would be split, with half spent in New York and the other half in Glen Mills or with his father. He was caught by surprise by the big change and didn't quite understand why any of it had happened, but suddenly he had two of everything and was very quickly getting used to not hearing the word No. New toys, new bikes, new video games, if he showed any interest in something, it would fall in his lap. Both parents tried handily to overcompensate for their divorce, and David sabotaged his own efforts to teach his son a lesson in humility, instead entertaining his every whim.

School and his friends became the only source of normalcy for Wyatt, and both parents found that his temperament was easier to manage if he had a busy schedule. His mother would take him to school the morning, a nanny would pick him up once the last bell rang, and he would be shepherded to Boy Scouts or whatever his new flavor of the week after school activity was. Swimming was the only thing that seemed to hold his interest, and upon being told this by the nanny, Cecily signed Wyatt up for swimming lessons, eager to find an outlet for his excess energy. Wyatt found that he loved the water and that he loved to go fast, and his competitive personality made him a natural athlete. He stuck with the sport throughout high school, realizing then that he was actually quite good.

Recruiters from around the country pursued him for his athletic talents, and by early fall of his senior year, he had his choice of universities. He was afforded the opportunity to visit most schools on his list, and by the time he made the rounds, he settled on the University of California at Berkeley, less than half an hour away from home. He found his place in swimming, making fast friends with his teammates and softening the blow of the homesickness that comes with leaving home for the first timey. By his junior year, he was feeling the wear and tear of years of training, and having to have two shoulder surgeries within a year suggested that it was perhaps time to quit.

The classroom didn't hold Wyatt's interest as much as it should have considering the caliber of institution that he was studying at. After taking a variety of classes early on, he quickly settled into the electrical engineering department, finding the complex problems a fun challenge. At his grandmother's insistence, he also fulfilled teaching education requirements, which he was loathe to admit that he found interesting. The prospect of a job with ample vacation and summers off was appealing though, and after graduation, he set out to return to the east coast and get his teaching certificate. He spent three years working as an elementary school teacher, and in those three years, he learned the following things: 1) teaching first and second graders meant that he could get away being a giant child at work, 2) children had a tendency to be afraid of him because of his height, and 3) parents were terrible. Wyatt realized that he had to get out of the classroom setting, and a long, convoluted road eventually led him to The Exploratorium, where he currently works.

facts
stands at 6'7" holds a B.S. in electrical engineering and computer science with a minor in ethnic studies his father is a criminal defense attorney. his mother is the current deputy executive director of UN women. can speak conversational cantonese still follows cal football swam competitively through most of college has a trust fund thanks to daddy dearest mentors a local high school robotics FIRST team during the school year plays various rec league sports aimed at giant manchildren like himself used to help tend to animals on his grandparents' farm hates flying is a bone marrow donor
social media accounts
facebook twitter snapchat instagram github reddit US first adafruit